Today we are featuring one of our newest stars, Molto Bene! Simply known as Bene (pronounced "Benny") to his friends and co-workers, he was cast as ‘Diesel’ to be Cyd’s pet dog in Disney Channel’s latest sitcom “Best Friends Whenever”.
Here’s a clip from the pilot.

The contents of this clip belong to Disney.

The producers of the show wanted to find a dog that was unattractive but still cute. We here at Good Dog Animals think he actually is attractive, though mostly in personality! He's one of the sweetest dogs we have ever come across.

He was five when we got him earlier this year at a SPCA shelter in Sacramento, California. The idea for his name came from our family's recent trip to Italy.

As a Chinese Crested he was born hairless, although he's got quite the beard growing on him now! We have many different sweaters and jackets made just for him to keep him warm on the cool, wintery days & nights. 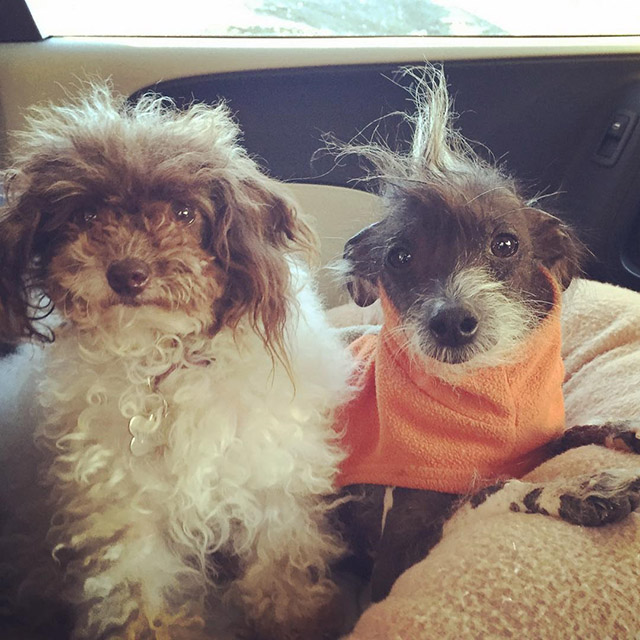 Daisy Dukes and Bene on their way to set.

Find out more about Best Friends Whenever here on Disney’s website.