The life of this bird is anything but sloppy!

We got Sloppy Joe for a role in Jay Roach's “Trumbo”. The original bird was a gift from Kirk Douglas to Dalton Trumbo, who becomes Dalton’s writing buddy. This relationship needed to be reflected in the film and boy was it!

Once we completed shooting and returned home from Louisiana, Sloppy Joe became the company greeter in the office. He has developed an exceptional vocabulary for such a little bird. His favorite greeting is “Sloppy Joe, how are you?” to “Gimme a kiss, smack smack”. Which leads to him having a whole conversation in his mirror with himself. He is quite the character. Everyone who comes by the ranch look forward to seeing him and having a few words with him. 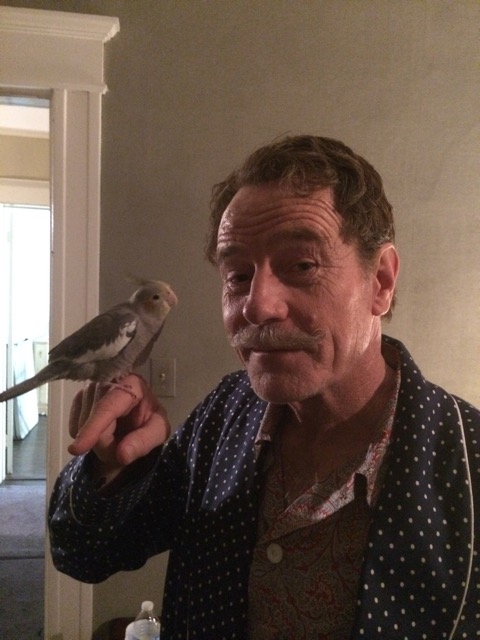 With his long career ahead of him, we know he will touch the hearts of actors he will work with; just as he did with Bryan Cranston. Hear what Bryan had to say about Sloppy Joe in an interview: